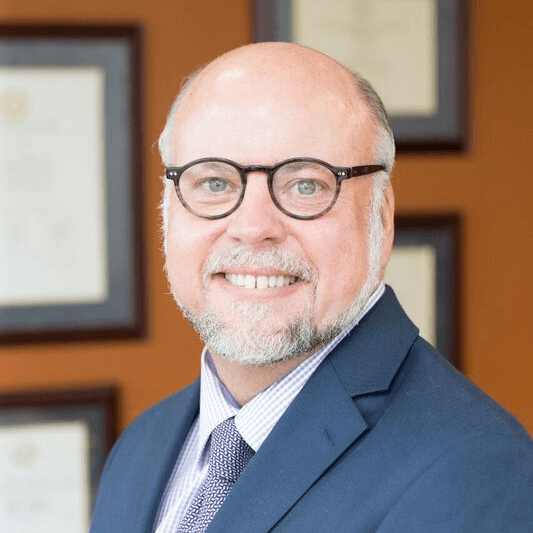 Jay English is the seventh generation of his family to be born in East Texas, and attended Rice University and graduated from The University of Texas at Austin in 1990 with a Bachelor of Arts, Honors.

After graduating from the University of Texas, Jay attended The University of Texas Law School and again, graduated with Honors, with a J.D., Doctor of Jurisprudence, He began practice with one of Dallas’ largest law firms, before deciding to pursue his interest in representing injured persons.

Jay founded his own firm in 1998, and has been continuously in private practice since that time. Board Certified in Personal Injury Trial Law by Texas Board of Legal Specialization, since 2000, he specializes in Auto Accidents, Truck Accidents, Medical Malpractice, Premise Liability, Sexual Harassment and Employment Law.

He is an active member of Oaklawn United Methodist Church as well as a member of Gleneagles Country Club. Jay is an avid golfer and enjoys traveling and playing “the great courses of the world.”